ONE BAG, ONE ACRE 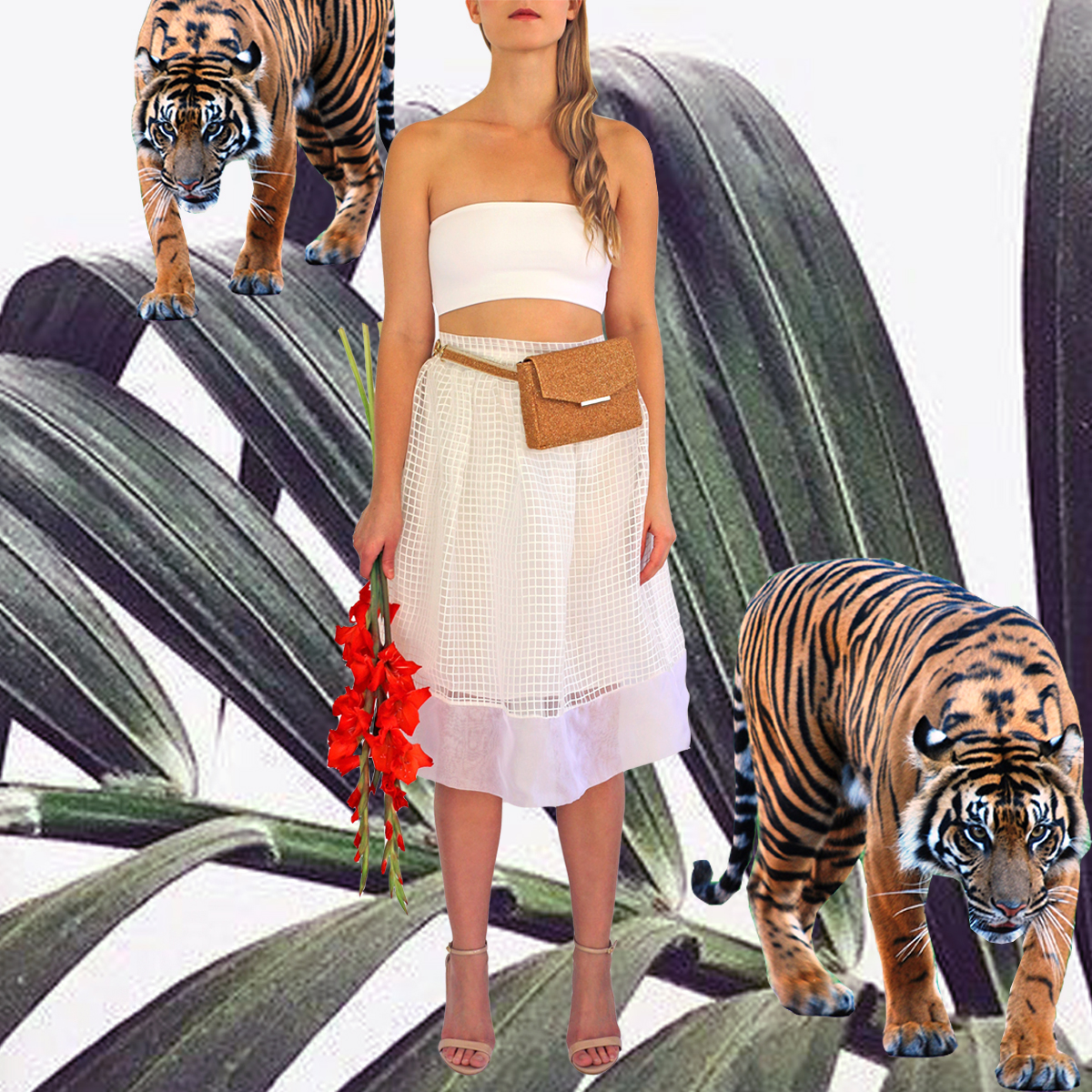 Convertible Belt Bag in Gold Cork
"Every minute, a forested area the size of five football fields is cleared on the island to make way for paper, rubber and palm oil plantations."

Rainforests are perhaps the most important natural resource on Earth. They safely store billions of tons of carbon annually, helping to keep the earth’s atmosphere in balance and warding off climate change-- an estimated 30% of our carbon emissions currently come from the burning of our rainforests. As if that wasn't enough, the rainforest is our single most important, untapped resource for scientific and medical discoveries and home to thousands of unique animals that depend on it for survival.
Unfortunately, rainforest destruction has been swift, as palm oil plantations, large-scale farming, logging, cattle pastures, mining and oil drilling rapidly expand. This problem is particularly notable in Indonesia, where once completely covered with dense rainforest in the 1950's, now just half of this forest remains. Nowhere is this rapid deforestation more apparent than on the island of Sumatra, where every minute, a forested area the size of five football fields is cleared to make way for paper, rubber and palm oil plantations.

Photo by Roger Smith/ RogerSmithPix, rainforesttrust.com
For the past few months, we've pledged to support an amazing organization called the Rainforest Trust (www.rainforesttrust.org) -- a world leader in the protection of tropical ecosystems and wildlife.
From now through Earth Day (this Friday, 4/22), 5% of the purchase price of every bag sold will go to create three protected areas of rainforest, which will help preserve Sumatra's rarest wildlife of critically endangered Orangutans, Elephants and Tigers now threatened with extinction.
Fewer than 400 Sumatran Tigers survive today. More than 30 of these critically endangered big cats live in the Bukit Tigapuluh ecosystem, which makes protecting the population critical to save the species. Due to its importance for Tigers, the Bukit Tigapuluh landscape has been declared a “Global Priority Tiger Conservation Landscape,” one of just 20 in the world. Additionally, part of this ecosystem includes Sumatran Elephants and Orangutans, which are also critically endangered with only 1,300 and 6,300 left in the wild, respectively.
There are ONLY FIVE DAYS left to help us raise money for this cause. To help with this final push, we've decided to give 25% off for you, 5% for the rainforest with code "SAVEOURPLANET." Take advantage of this sale and let's change the world together!
For every bag you purchase, you save an entire ACRE of rainforest from being destroyed.
www.hipstersforsisters.com