Can we fix the weather? 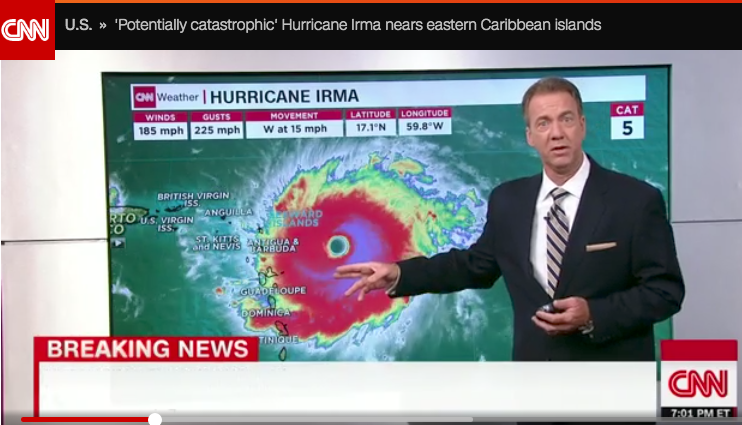 It seems that half of the United States is on fire while the other half is under water. Concerned enough to do something about it yet? I am. Severe droughts, heat waves, and horrendous brush fires in the West and Northwest, monster storms across the Midwest and hurricanes in the Gulf and Atlantic Ocean are all causing historic damage to human lives and property. With so much recent talk about climate change and our long-term impact on the planet, this has us wondering-- could climate change be affecting us now, too?
We know that hurricanes have always existed and that they have been wrecking havoc and devastation for as long as we have been recording them. However, the severity of Hurricane Harvey and now, Hurricane Irma, has made people, including us, begin to wonder if climate change is somehow related. Motivated by these two monster storms, we looked at the scientific reports available for the last fifteen years on the correlation between climate change and hurricanes. Here, in a nutshell, is what we discovered:
No, hurricanes are NOT caused by climate change. In fact, the good news is that climate change has actually reduced the number of hurricanes rather than increased them. The bad news is that once formed, their magnitude and duration are both much greater. According to James Masters, director of meteorology for Weather Underground, “For every degree centigrade the ocean surface heats up, you get about a seven percent increase in water vapor in the atmosphere” (meaning more rain!) Because it takes energy to turn water in the ocean into water vapor that turns into rain, increased water temperatures also increase the power of the storm as that energy is released, making the storm bigger and stronger as it sucks in all the air around it.
In addition, tropical storms are also fueled by the rise in the sea level creating the potential for more flooding. Finally, and maybe most important of all, climate change is also changing the atmospheric pressure systems, allowing these monster storms to just “hang out” dropping torrential rains over the same area for longer periods of time. So now that we know climate change is responsible for these changes in our weather and the resulting devastation, the question becomes: 1. what has caused climate change and 2. what can we do about it. Your comments are welcome.
For more information see the following:
Tropical Cyclone and Climate Change, Nature Geoscience 3, 157-163 Published online 21 February 2010
Changes in Tropical Cyclone Number, Duration and Intensity in a Warming Environment, Science, Vol. 309, ////issue 542, pp 1844-1846, 16 September 2005
Tides of Change, Kendra Pierre-Louis, Popular Science, August 29, 2017
Hurrican Harvey: The link to Climate Change, Matt McGrath, BBC News online Aug. 29,
2017