Who Made My Bag? 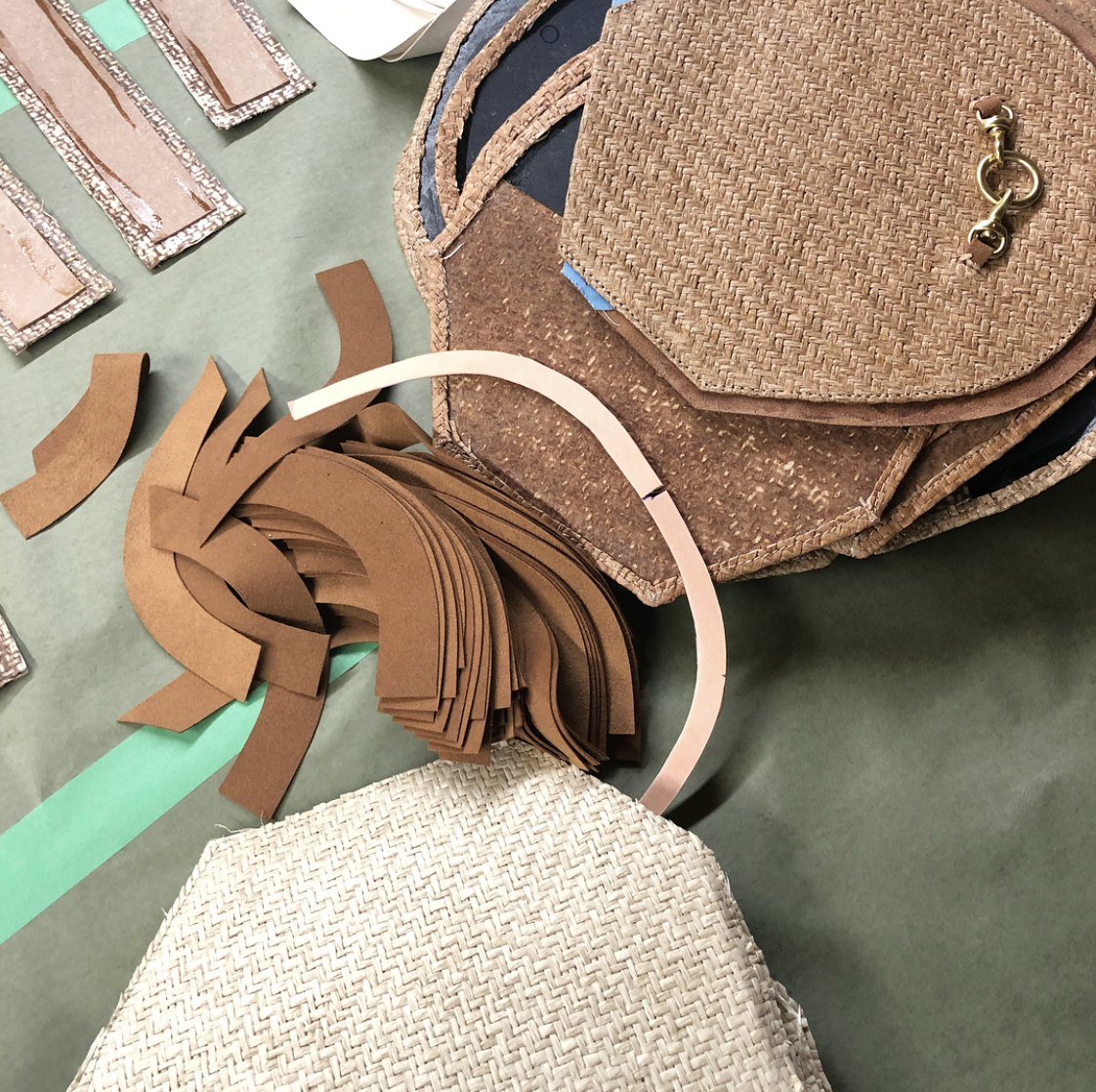 Everyone is talking about Fashion Revolution Week and Earth Day in the same breath, and many people are confusing the two. Although they are both celebrated during the same week in April, Earth Day is officially celebrated on April 22, marking the anniversary of the modern environmental movement begun in 1970 and Fashion Revolution Day is celebrated on April 24, the anniversary of the collapse of the Rana Plaza building in Dhaka, Bangladesh. What do they have in common? They are both international movements attempting to get people to consider the impact their personal choices have on the planet, other human beings and the eco-system.

The first Earth Day was founded by a U.S. Senator from Wisconsin named Gaylord Nelson after a massive oil spill devastated the Santa Barbara coast in 1969. Harnessing the energy from the student anti-war movement into an emerging public consciousness about air and water pollution (largely from Rachel Carson’s New York Times bestseller Silent Spring in 1962), Nelson was able to push the environment onto the national agenda. Earth Day 1970 achieved political support from both Republicans and Democrats— basically all Americans regardless of where they lived or how much money they had. By the end of the year, the Environmental Protection Agency, the Clean Air, Clean Water and Endangered Species Acts were all created and passed. 2020 will mark the 50 year anniversary of Earth Day.

Fashion Revolution Week begins on April 22 and goes through the 28th. It commemorates the anniversary of the April 24, 2013 collapse of the Rana Plaza building in Dhaka, Bangladesh. This building housed five garment factories, killed at least 1,132 people, injured more than 2,500 and awoke the world to the poor labor conditions faced by workers in the ready-made garment sector in Bangladesh.

Bangladesh is the second largest clothing manufacturer in the world, second only to China, employing millions across about 7,000 facilities with workers earning the equivalent of about $64 per month which is not even a living wage (even in Bangladesh). In addition to being underpaid, millions of workers, most of them girls and women, are also often exposed to unsafe work environments, toxic chemicals and unfair labor practices on a daily basis. However, the tragic event that occurred at Rana Plaza drew international attention to the global garment industry, exposing all of its horrors, including the reality of slave labor, unsafe working conditions and just how dangerous these factories are to humans but also, how devastating to the environment its practices have been.

As a result, this week is used to encourage millions of people to ask brands ‘Who made my clothes’ and demand greater transparency in the fashion supply. We know each and every person that makes our bags here in Los Angeles. We know they work in a safe environment, are paid a fair and living wage and that they love their jobs. That makes us happy to introduce you to a few of them.

Juan has a special place in our heart. We’ve worked with him since the very beginning of starting our business six years ago. Born in El Salvador, he’s lived in Los Angeles for 35 years and for all of that time he’s worked as a production manager for the family-owned sewing facility we employ. Has a wife (Bertha), two kids (one boy and a girl). 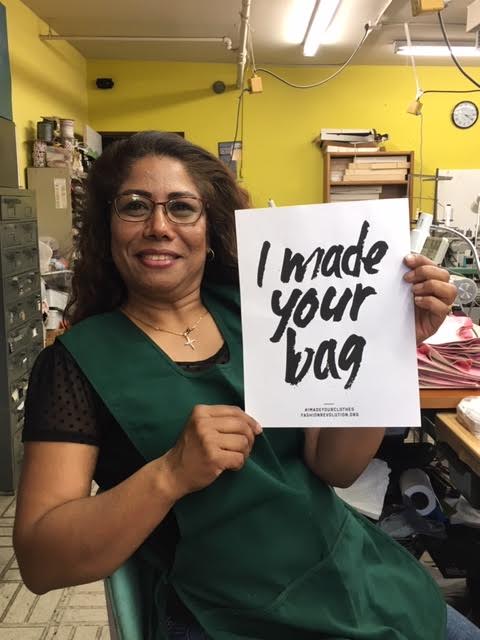 Born in Mexico, she’s lived in Los Angeles for 29 years. She taught herself how to sew in her home through trial and error. She’s worked at our facility for 8 years. Evelia sews our bags and the linings. If you have one of our Pocket Bum Bags, you can bet that it was sewn by Evelia. She has two children (girls) and used to work sewing clothes (pants, and tops) but she likes making bags much better and likes the people and environment of her current job the best. 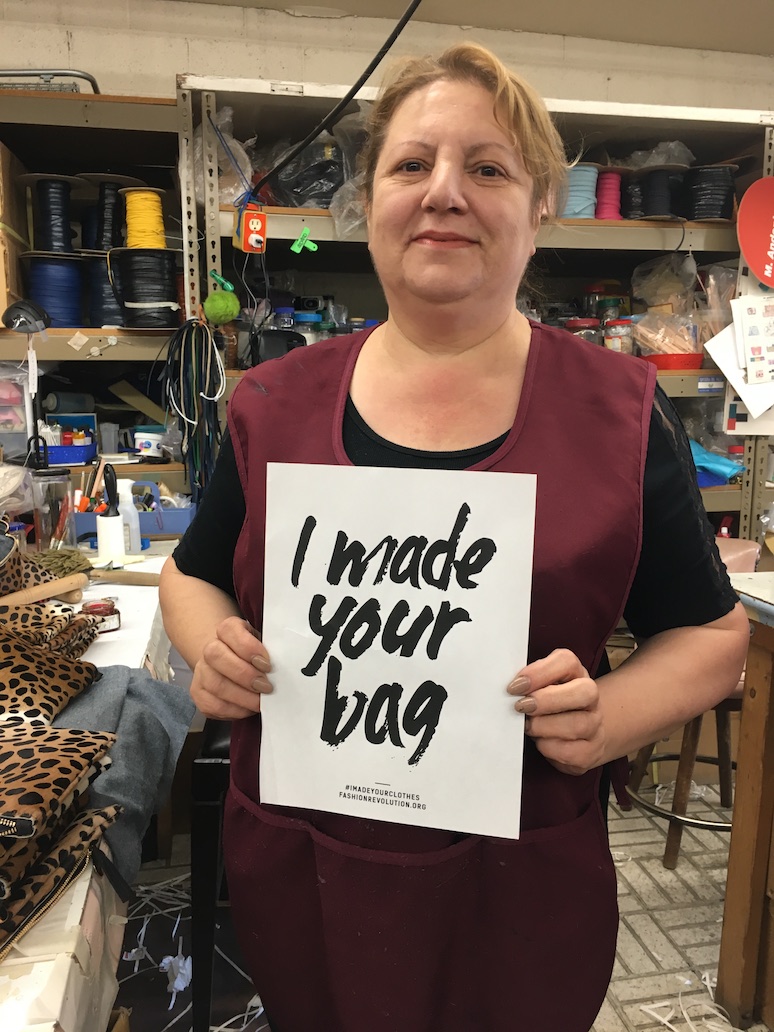 Born in Armenia, Miriam has lived in Los Angeles for 6 years. She came here because her son lives here and is a citizen and she wanted to live with him and his family. She’s worked at our factory for 5 years and she does “everything but sew.” She oversees quality control, which means she snips any loose threads, cleans up any residue on the bags (such as glue) and packages them for us. She said this place is her second home and loves it. Her favorite food is Baklava and Arabic food.

Interestingly enough, when we asked each of them what their favorite part of their job was, each one of them said “everything.”