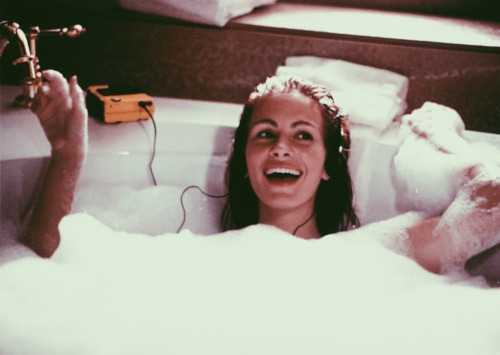 Still from Pretty Woman, Touchstone Pictures (sourced here)
One of our central missions at HFS Collective has always been to help empower and liberate women. Yes, this mission encompasses the physical liberation from the bulk and weight of the traditional handbag through our belt bags, but it goes much further than that. We also aim to help liberate women from the mental and emotion baggage imposed on us by our culture.

As a woman, regardless of your politics, there is a silver lining to this horribly divisive presidential election: the underlying sexism inherent our culture has finally been brought to the surface and is being discussed in a serious manner. As we see it, one of the biggest obstacles standing in the way of women is our own self-perception. From the day we were born, the media (television shows, movies, commercials, magazines) has bombarded us with messages which subliminally cause us to feel that a woman’s worth is determined more by how she looks than who she is or what she does. We have been given mixed messages: yes, legally, you can be anything you want, but the only examples we see valued on television or in the movies are women in supporting, or sexualized roles. This is what we internalize. Women who assert their rights, or attempt to seek power or even equality, all lose in the end. The media seems to make women choose: do you want success or do you want love? That cannot help but affect the way we navigate through the world.

As this election has us contemplating our roles as women in the world, we thought it appropriate to once again highlight and support the Geena Davis Institute on Gender in Media. It’s ultimate goal is to get at the root of the sexism by insuring that children’s entertainment and media begin to portray boys and girls equally, reduce stereotyping and create gender balance in roles on television and in movies. It is clear that the media has become one of the most important influences on us in the twenty first century. If the Geena Davis Institute can succeed in getting equal roles for boys and girls on television shows and in movies, we can begin to internalize that equality and perceive women as deserving of the same respect, dignity and pay afforded to men. To learn more about the Geena Davis Institute and it’s mission go to: http://seejane.org/