Meet Gigi: the inspiration behind our new line of sustainable evening bags

We don’t usually name our bags after women but you may have noticed that our new line of evening bags are named “Gigi” ... well that’s because they're named after my late grandmother Georgiana whose collection of handbags we based our new styles after. Gigi was an incredibly fashionable woman and a notorious entertainer, social butterfly, and lover of dancing— so it was only fitting to have some of our fanciest party bags named after her.
Gigi with the family dog, Rocky 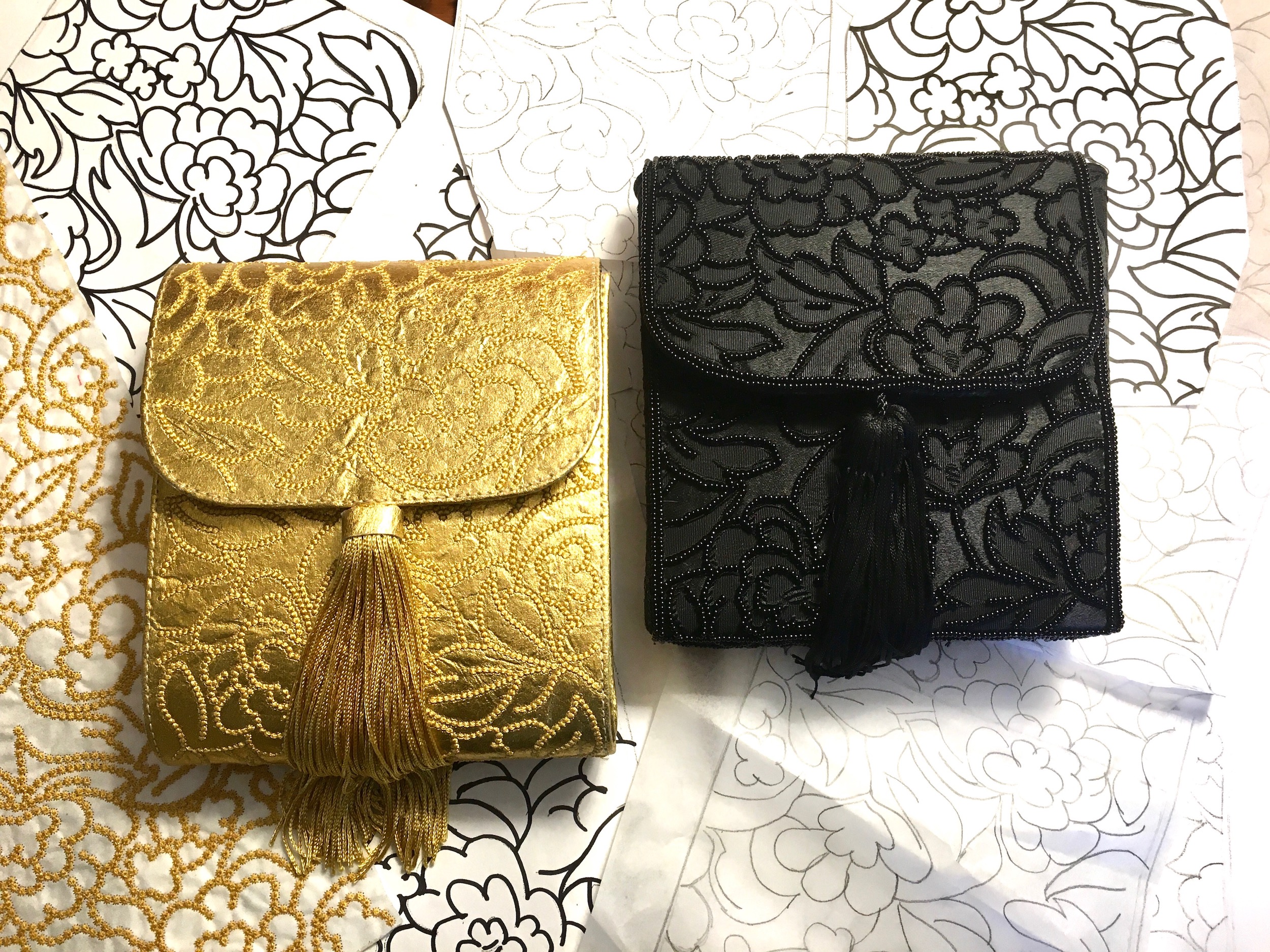 A side by side photo of the original tassel bag owned by Gigi (black) and the one we designed in honor of her in Gold Pinatex.