The Reasons Why We Don't Use Leather in Our Belt Bags 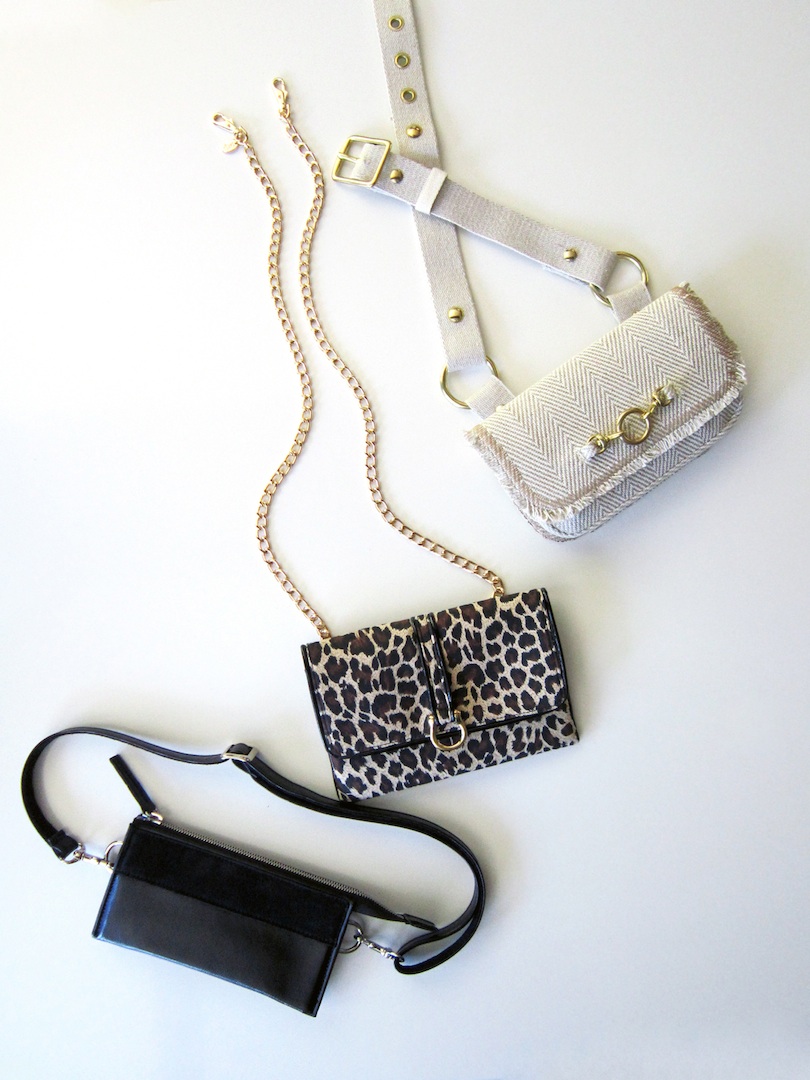 Sometimes I feel hopeless about our ability as human beings to stop, let alone reverse, global warming or “climate change.” How we have failed to honor our sacred stewardship of the earth is well depicted in this animated short called Man (2012) by Steve Cutts. Even if you've already seen it, it's worth watching again. Do we really need a “higher life form” to step in to save the planet from ourselves?

Just when I started thinking we actually might, a surprising number of people began inquiring about the eco-friendly, cruelty-free aspects of our belt bags / fanny packs. They were curious as to why we choose to use vegan leather instead of “real” leather and wanted to know which was better for the environment. Even though we are a small company, we have access to the same suppliers as most of the major designers...not to mention, most of the vegan leathers we source are actually more expensive than real leather or animal hides. So, why do we choose to use vegan leather?

Here are some of the reasons why:

Aside from the obvious ethical issues surrounding the culling of animals for their hides, recent studies have determined that the environmental impact caused by our reliance on meat and its by-products is not sustainable.

Scientists have been warning us for years that stresses on the Earth's environment - particularly climate change - are becoming increasingly dangerous. In May 2013, scientists at UC Berkeley and Stanford led a call by more than 500 of their international colleagues for more urgent action to combat these global threats. The document, signed by 520 scientists from 44 countries including two Nobel Prize winners, warns that “Earth is rapidly approaching a tipping point, and if nothing changes, by the time today's children reach middle age, it is extremely likely that Earth's life-support systems, critical for human prosperity and existence, will be irretrievably damaged.”

One need only listen to the weather on any given day to wake up to the fact that its already begun. The devastation created by historically unprecedented hurricanes, tornados, fires, floods, heat waves, polar vortexes, and droughts has not gone unnoticed by the millions of people whose lives have been affected.

Climate scientists attribute our bizarre and destructive weather patterns to the "greenhouse effect,” caused by the overabundance of greenhouse gases, such as carbon dioxide and methane, being released into our atmosphere. Normally, trees in the rainforest would convert those gases back into oxygen, yet they’ve been cut down to make pastureland for cows to graze on. Cattle ranching is the primary driver of forest destruction in the Brazilian Amazon, with 79.5 per cent of deforested land used for cattle pasture. At the same time, these cows are also belching an insane amount of methane into the atmosphere--one that surpasses any other industry, including the entire transportation sector. Overall, it is estimated that animal agriculture contributes up to 22% of the 36 billion tons of CO2 equivalent greenhouse gases produced in the world each year.

Animal agriculture is not only responsible for rainforest destruction and global warming, but also for the toxic pollution in our rivers and groundwater, dead zones in our ocean, and the extinction of many species of wild animals.

Animals aren’t the only ones who suffer to produce leather. Although leather-makers like to tout their products as “bio-degradable” and “eco-friendly,” the process of tanning which stabilizes the collagen or protein fibers of the skin so that it can actually stop biodegrading, is extremely toxic to both people and the environment. This process requires massive amounts of energy and dangerous chemicals, including mineral salts, formaldehyde, coal-tar derivatives, and various oils, dyes, and finishes, some of them cyanide-based. Groundwater near leather tanneries in developing countries has been found to contain critically high levels of lead, formaldehyde, and even cyanide, causing cancer and other fatal illnesses in nearby populations. Most leather produced in the U.S. is chrome-tanned; all wastes containing chromium are considered hazardous by the EPA.

Like you, we grew up believing that “genuine leather” was the mark of a quality product. However, in light of the challenges facing our the earth caused by the industrialization of cattle ranching and leather production, leather has instead become the hallmark of global destruction and devastation.

How are our materials any better?

We take extreme care in sourcing the most earth-friendly, people-friendly and animal-friendly materials we can find. Most people are surprised to learn that our “vegan leathers” actually cost more to buy than most animal hides. Although it can still be quite a challenge to find quality materials with eco-friendly certification that also wear well and look beautiful, we believe it is worth the time, effort and money spent.

Additionally, we are committed to manufacturing all of our "hands-free bags" locally, right here in Los Angeles. The small, family-owned company that makes our products treats the craftspeople they employ as extended family. They provide pleasant, safe working conditions, pay fair wages and treat all employees with honor and respect.